Featuring the French monarch’s art collection and the result of the pillaging which was carried out during Napoleon’s Empire, the Louvre Museum opened in 1793. Since its inauguration, the museum was free for the public during a few days a week and was considered revolutionary for its time.

The Louvre Palace houses the largest museum in the world. The twelfth century fortress was extended and refurbished several times throughout the centuries. Before it opened as a museum, King Charles V and Philippe II chose this palace as their residence, decorating it with their ever growing art collections.

When the Royal Family moved to Versailles, the impressive building that covers a total area of 160,000 square meters was transformed into one of the most important museums in the world.

A glass pyramid, which is currently the museum’s principle entrance, was built in the palace’s main courtyard in 1989, piercing the monotony of the Louvre's exterior.

The Louvre’s permanent collection features nearly 300,000 works of art that date before 1948, and of which only 35,000 are visible to the public.

These are some of the most impressive paintings on display:

The most famous sculptures are:

One of the most visited museums worldwide

Due to the sheer size of the museum, visitors will need a whole morning to get a general idea of the Louvre and see the most important paintings, sculptures and other types of art. The Louvre is so vast that one could easily spend several days exploring its exhibitions.

If you're an art lover, and you want a deeper understanding of the artwork in the Louvre the museum offers guests an audioguide with information on each an every piece in the gallery. You can download it as an app for mobile of Nintendo 3DS.

Although the Louvre Museum is extremely prestigious worldwide, for those who are not passionate about art the visit can become a bit tedious due to the museum’s dimensions, the heat and the crowds of people. 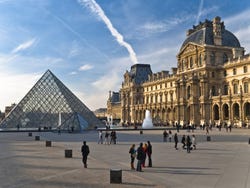 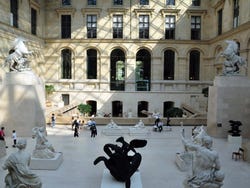 Inside the Louvre Museum 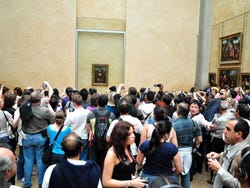 The Louvre is one of the most visited in the world 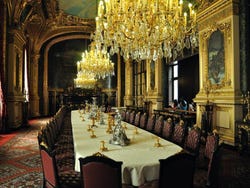 Apartments of Napoleon III in the Louvre
4See photo gallery 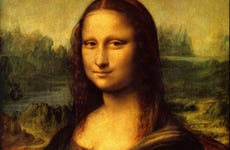