It is situated in the outskirts of the city center in the forest of Vincennes.

Like most fortresses, the Château de Vincennes was originally a country house located in a hunting area. It was later remodelled and various generations of the Royal Family lived in the castle.

Between the sixteenth and seventeenth century the fortified tower was converted into a royal prison, where generals, aristocrats and famous individuals like Diderot, Count of Mirabeau, Fouquet or the Marquis de Sade were locked away.

The castle’s Holy Chapel is a reproduction of the Sainte Chapelle located on the Île de la Cité. However, it is a lot more conservative and has no decoration in its interior. Nonetheless, its enormous original stained glass windows are very similar to the ones found in the Sainte Chapelle.

Not as good as one would hope

Although it is possible to visit most of the fortress, climb the turrets and discover some of the castle's chambers, these are all completely bare and therefore it is hard to imagine how it would have been during the Middle Ages.

The château is a little far away from the city center, and for this reason and the starkness of the museum, we believe that there are more interesting landmarks to see before choosing to come all the way to the Bois de Vincennes to discover this fortress. 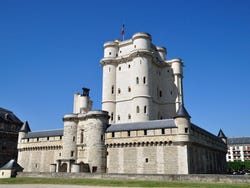 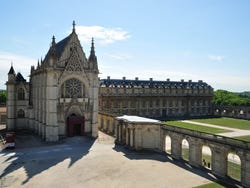