The palace and gardens were created between 1612 and 1617 commissioned by Marie de’ Medici, who tired of life in the Louvre, wanted an Italian style palace built in memory of her childhood in Florence.

During the following years the land adjacent to the palace was purchased and the garden was enlarged, reaching its greatest dimension in 1792. The following proprietors made few changes to the garden, neglecting it in several occasions.

During the French Revolution the palace became a prison, and in World War II the Germans used the building as barracks, digging a bunker in the garden.

The Luxembourg Garden is one of the most charming attractions in Paris for both locals and tourists. Here, visitors can find an ideal place to rest after a long day exploring the city. The park houses several metal benches surrounded by numerous statues and sculptures, a perfect place to relax and enjoy a bit of fresh air.

Overflowed with flowers and trees whose shade will be greatly appreciated during the hottest months of the year, visitors can also play tennis or petanque, take a short course in forestry, or start beekeeping thanks to the bee hives found in the garden.

The youngest members of the family can rent small wooden sailboats in the duck pond and push them into the water with a long stick as was done at the beginning of the twentieth century. In the park, children can also enjoy several puppet shows. 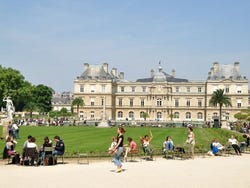 Luxembourg Palace and its gardens 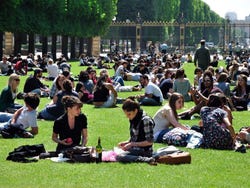 In the Latin Quarter, close to the Panthéon