Cabaret is a french word that means "tavern", and was used towards the end of the 19th century to refer to restaurants and halls in Paris which offered shows with music, dance, and plenty of action!

The decoration inside is dark, with soft lighting and a mysterious, intimate atmosphere. On stage, dancers with costumes covered in feathers and more dance the can-can, do pirouettes and sing.

The history of cabaret

The Parisian neighbourhood of Montmartre has long been the home of cabaret. The first famous cabaret in history was Le Chat Noir, which put on its first show in 1881.

A few years later the Moulin Rouge was built in the centre of Montmartre. The "Red Windmill" as it would be in English, quickly became a symbol of the neighbourhood, and famous writers, painters and artists from the period graced its boxes. The Moulin Rouge is undoubtedly the most famous cabaret in the history of Paris.

From the beginning, the cabaret has been known for two things: fashion and graphic design. The dancers not only wore the latest fashions, but also the emerging art of graphic design matured on the posters of the famous hall.

The cabaret had its heyday up until the middle of the 20th century, in which time it helped to popularise similar shows in cities such as Berlin, Barcelona or Milan.

Where to see Cabaret in Paris

If you're looking for an unforgettable experience on your trip to Paris, don't miss the opportunity to see a show in the city where the art form was born.

We recommend that you book ahead of time, to visit some of the city's most famous shows. 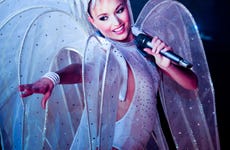 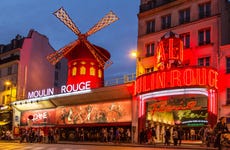