The magnificent complex of buildings of Hôtel national des Invalides was designed during the seventeenth century as a home and hospital for retired French soldiers.

In 1674, the first tenants of Les Invalides made these buildings their home. By the end of the century, there were over 4,000 soldiers and marines who had served in the French Armed Forces for over ten years and therefore could retire here. Contrary to what many might believe, these men spent most of their time studying and fixing shoes and army suits, among many other tasks.

The cathedral was built for Louis XIV and the aged soldiers. Both would attend service every day, but would access the chapel through different doors.

The Hôtel des Invalides is one of the most important monuments in Paris, not only because of the art work it houses and its beautiful golden dome, but because it is a decisive part of the French Armed Forces and it is the burial site of Napoleon I.

Inside, visitors can also visit the large Musée de l’Armée (Military Museum of the Army of France). 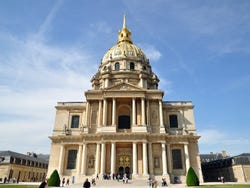 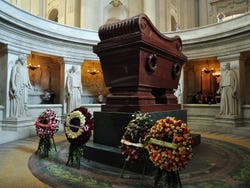