Some of the most iconic films in history have been filmed around Paris' famous monuments and attractions.

From the Eiffel Tower to Notre Dame, via the Champs Elysees and the Seine - the French capital is the perfect place to shoot a masterwork.

Moulin Rouge: this cabaret is an essential stop if you're looking for the full Paris experience. As well as giving its name to one of the most iconic films of recent years. If you're there at night, you can relive the mythical scene with Nicole Kidman and Ewan McGregor.

The Hunchback of Notre Dame: the Disney classic includes the famous cathedral of Notre Dame as its protagonist, symbol of the city, and one of Europe's most important Baroque constructions.

Amelie: this film could be a guidebook to Paris in itself - and just by watching you can explore the city through its characters. You're sure to recognise the Saint Pierre square or the Sacre Coeur steps!

Midnight in Paris: the Woody Allen work, is one of the films that best captures the essence of Parisian life. Here you can see some of its legendary spots  - including Versailles, L Orangerie, the banks of the Seine, the Pont Alexandre III and the streets of Montmartre.

Before Sunset: Do you remember the boat ride Julie Delphy and Ethan Hawke took? Well, Richard Linklater shot that scene along the Seine river, an absolutely must-do activity in the French capital!

The Da Vinci Code: You're sure to recognise the museum in the first scene of the film: the Louvre, one of the most visited in the world, where you can see Tom Hanks trying to resolve a devilish crime... And of course the film also features the Arc de Triomphe and the Tuileries Garden. 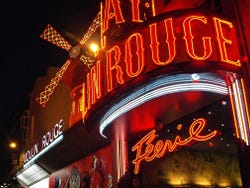 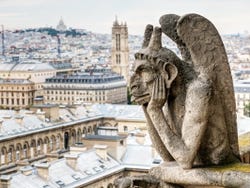 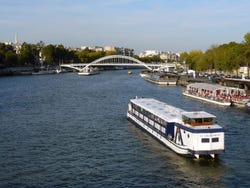 Boat tours on the River Seine 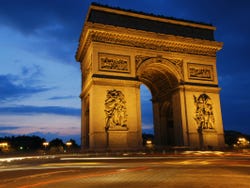