The Basilica of Saint Denis (Saint Denis or Dionysius) is located to the north of Paris, in a neighborhood with the same name as the Basilique.

Saint Denis, first Bishop of Paris during the third century and Patron Saint of France, was buried where the Basilica of St Denis currently stands. A church was built in his honour and later, in 1136, it was transformed into a Gothic style basilique that was not completed until the end of the thirteenth century.

During the French Revolution, in 1793, the burial chamber was desecrated and the remains of the Royal Family were placed in a common pit until 1817. From hereafter, the remains of the Monarchy that were identified rest in their corresponding graves in the Basilica of Saint Denis, whereas the bones that couldn’t be classified were placed in the ossuary located in the church’s crypt.

The Basilica of Saint Denis is a magnificent abbey church with a lot of light thanks to its numerous stained glass windows. The most charming part of the Basilique is the ambulatory, the choir and the crypt, which are parts of the museum in which travelers can also visit the burial sites of the French Kings.

Some of the most prominent people buried in this church include Louis VIII The Lion, Felipe IV The Fair, Charles V The Wise, Empress Elisabeth of Austria, Anna of Austria and Marie Antoinette.

Interesting but Not an Essential Visit

The Basilica of St Denis is a very beautiful temple. However, it is located in the outskirts of the city and may not be worthwhile visiting if you’re only in Paris for a few days. 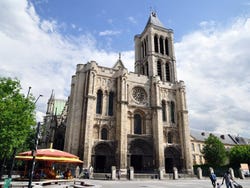 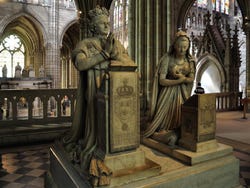