It currently houses over 40,000 films and film-related objects.

In 1935, a film director and a cinema enthusiast came together to set up the Cercle du Cinéma, a small cinema club in Paris. The following year, the Cinémathèque Française was founded. It was dedicated to the conservation, restoration and exhibition of film documents. In addition to this, it was also used to collect documents and film-related objects such as cameras, posters, photographs and certain sets.

The Cinémathèque was relocated on numerous occasions as the archive became more popular and had to increase in size. In 1955, the museum had a capacity for 260 spectators. In 2005, the Film Center was moved to a postmodern building, where thanks to private donations the museum continues to grow.

The Cinémathèque houses a wide variety of items from antique cameras to optic devices and different parts of sets.

Visitors can also see fragments of the first moving pictures ever filmed, as well as reliving the beginning of cinema with the magic lanterns during the seventeenth century.

The Museum of the Cinema of the Cinémathèque Française is small, a bit uninspiring and far from the city center. If it was free and close to the center, we would generally recommend this museum only to the cinemaphiles.

The Cinémathèque is located very near the Parc de Bercy (Bercy Park) and the Bercy Village, a charming shopping mall with plenty of restaurants and terraces. 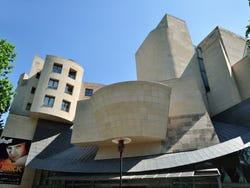 Museum of the Cinema 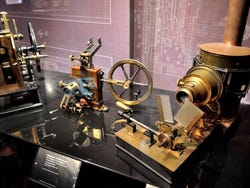 Exhibition of the Museum of the Cinema
2See photo gallery