The objects acquired by Emile Guimet during his travels around the world were first housed in a museum in Lyon, the industrialist’s home town, and were transferred to the country's capital ten years later.

The Musée Guimet has over 45,000 objects, including jewellery, sculptures, costumes and papyrus from five centuries, which depict various Asian cultures and civilisations, from India to Japan.

The exhibitions of the museum are divided into several departments depending on where each item is from. There is an Afghanistan – Pakistan department, the Himalaya, Southeast Asia (Thailand, Indonesia and Vietnam), Central Asia, China, Korea, India and Japan.

One of the Top Asian Art Museums

The Musée Guimet is one of the best Asian art museums worldwide. It has a vast collection including extremely rare items and it is easy to explore. 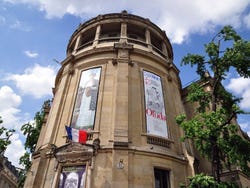 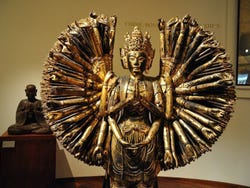