Let the glamour of the French CanCan seduce you as you enjoy the most Parisian of the grands cabarets, in the heart of the Latin Quarter of Paris. An unmissable event! 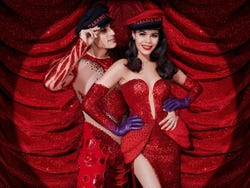 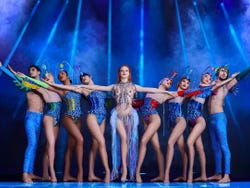 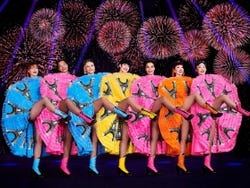 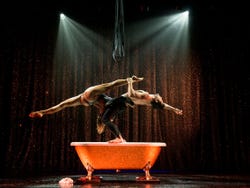 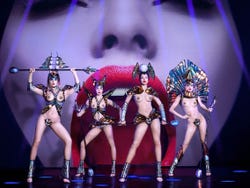 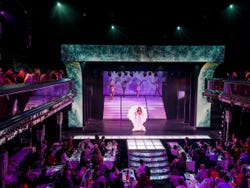 Located right in the heart of the Latin Quarter of Paris, the Paradis Latin cabaret was originally opened by Napoleon in 1803 as the 'Théâtre Latin'. It came to be one of the most important hotspots of Parisian nightlife until a fire broke out in 1870.

The engineer Gustave Eiffel rebuilt the theatre while also constructing the tower that carries his name. The theatre re-opened its doors in 1889 under its current name. After several decades of closure, it was renovated in the 1970s, and since then it has been returned to its former glory as one of the highlights of Parisian nightlife.

The theatre is decorated in keeping with Gustave Eiffel's original plans, and on top of the hall sits the beautiful dome that he designed in the 19th century. All of the details of the period features have been maintained to keep Paradis Latin the most Parisian of the grands cabarets.

In an authentic French atmosphere, you'll enjoy the L'Oiseau Paradis show, a spectacle combining music and dance, directed by the famous choreographer Kamel Ouali and brought to life by the best artists available. You'll enjoy a show which combines comedy, sensuality, poetry, excitement and new technologies, sure to leave you breathless. And the master of ceremonies will ensure you enjoy an unforgettable night, with your glass of champagne the cherry on the cake!

As the night draws to a close, the Paradis Latin team will amaze you with their final performance, a no holds barred Grand Finale to top off an unforgettable evening.

Dining at the Paradis Latin

If you want the full experience of the Parisian cabaret, there's nothing better than dinner before the big show. The Paradis Latin's offering of culinary delights matches the excellent quality of its artists and its long history. You can choose between the following two options:

Tours or activities will not consist of more than 20 people per group.

A safe distance of one metre between clients will be maintained whenever possible.

The use of masks is obligatory. The client must bring their own mask.

Alcohol gel will be available before, during, and after the service.

All those running the service (guide, driver etc...) will wear a mask throughout its duration.

At monuments, museums and attractions, the maximum permitted capacity will be a 50% of the total maximum capacity.

Showing your voucher on your phone will be enough, and it is not necessary to print anything.

Entry to the show + glass of champagne.

Drinks (mineral water, wine or champagne) with the dinner option.

You can book up until 30 hours before the activity as long as there are still places. Book now to guarantee your spot.

Visual: Has measures for visual accessibility.

Auditory: Has measures for hearing accessibility.

No single-use plastics are used.

Include water in recyclable cartons.

The activity helps the dissemination of local cultural heritage.

from
US$ 94.90
No hidden fees or surcharges
Free cancellation up to 10 hours before the service starts
Book

Free! Free cancellation up to 10 hours before the activity starts. If you cancel under this time or do not show up, you will not be refunded.

I travelled with small children
Show all the reviews
like Free