This Stade de France tour takes you to Saint-Denis, where you can find this icon of French sport which has played host to World Cup finals in both Football and Rugby. 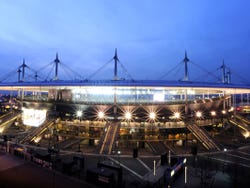 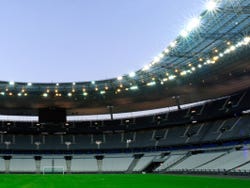 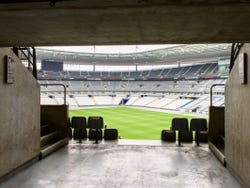 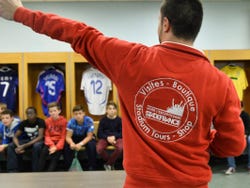 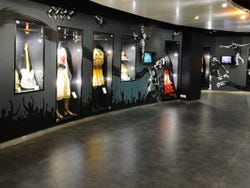 "The game of football begins in the streets, where you learn that there are others like you, who share your love and have the same desire. If you help, they help you. That's football". Legendary players such as Zinedine Zidane, author of the previous quote, have shown class, desire and above all, talent on the Stade de France pitch, the most famous stadium in the country.

Over about an hour and a half we'll tour the stadium, the 80,000-seater was inaugurated with a 1-0 win over Spain for 'les bleus' in January 1998 - with none other than 'Zizou' scoring the winning goal. In July of that same year, on the same patch of grass, the French team would life the Football World Cup, with a convincing 3-0 win over Brazil. The French public were disappointed, however, in 2016, when once again finalists they lost 1-0 to Portugal in the European Championship final. And it was here that 80,000 watched South Africa controversially beat England in the 2007 Rugby World Cup final.

In the Stade de France Museum you can see various objects related with the 1998 World Cup, including shirts, signed balls and even a replica of the famous trophy. And you'll get to enter the changing rooms following in the footsteps of some legends of the game, including Zinedine Zidane, Michel Platini, Thierry Henry, and Patrick Viera. And maybe you can even sense the lingering post-match scent of current stars such as Paul Pogba, Kylian Mbappé and Antoine Griezmann!

The tour comes to an end in the stands, where you'll see the presidential box and even get to sit on the bench. Even if it's only for a day, you'll feel like a real star of the beautiful game!

The Stadium is in Saint-Denis, meaning it's easy to get there from the centre of Paris. Clicking below you can see a PDF of the closest stations to the stadium, and the estimated time walking between them:

English speaking guide, specialised in the history of sport.

Book now to guarantee your spot.

Only some areas are accessible.

US$ 17.80
No hidden fees or surcharges
Free cancellation up to 48 hours before the service starts
Book

Free! Free cancellation up to 48 hours before the activity starts. If you cancel under this time or do not show up, you will not be refunded.

Our guide Samir has made us spend a good time with his explanations. Opinion translated. Show original.

9.20 / 10 284 reviews
Immerse yourself in "The City of Lights" with a guided tour around the French Capital, discovering the Louvre, the Siene and Notre Dame. What's more, it's FREE!
Free!
Book
like Free

8.80 / 10 1,288 reviews
Drifting down the Seine River on a panoramic river boat during the day or at night-time is an unforgettable experience and offers unparalleled views of Paris.
US$ 17.80
Book