Discover one of the most iconic landmarks in Paris, located in the artistic district of Montmartre, with this Sacred-Heart Basilica Guided Tour. Admire the architectural work of art and its unique design features. 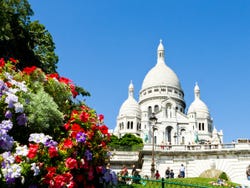 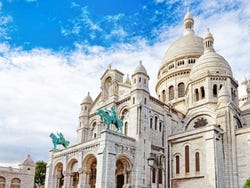 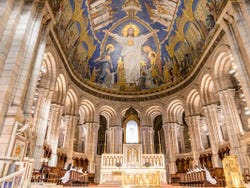 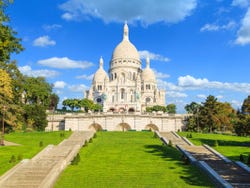 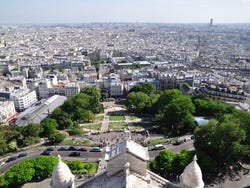 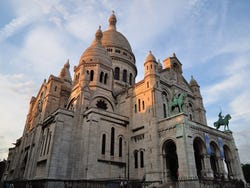 We'll meet at the Sacred Heart Basilica entrance, which was built in 1875 on the Montmartre Hill. Did you know that it has become one of the most visited tourist attractions in the French capital?

Once there, we'll admire the place of worship's symbolic white façade, where we can see the mixture of Roman and Byzantine architecture. The tour will then lead us inside the impressive monument to spend an hour discovering the basilica and finding out about the history of its construction in memory of those who died in the Franco-Prussian War.

During the tour, we'll explore the central floor of the building, which is shaped like a Greek cross and has four domes, among which the central one stands out at 80 metres (260 feet) tall. Its silhouette can be seen from different points of Paris. We'll also admire the famous Savoyarde, one of the largest bells in France. You'll be captivated by the Sacré Coeur!

Climb up to the dome

If you wish, at the end of the tour you can take the opportunity to climb the central dome of the Sacré Coeur Basilica, where you'll have a beautiful view of Paris from the highest point of the city. The ticket is paid for on the day.

One hour guided tour inside the Basilica.

Entrance to the Sacred Heart Basilica's dome (approximately € 6 (US$ 7.10) per person).

US$ 8.30
No hidden fees or surcharges
Free cancellation up to 24 hours before the service starts
Book

Free! Free cancellation up to 24 hours before the activity starts. If you cancel under this time or do not show up, you will not be refunded.

Read the guide was very kind and knows a lot about the topic and the place Opinion translated. Show original.

We were very happy with our guide's explanations! Thank you Opinion translated. Show original.

ludivine is an exciting guide! we had a great time and learned a lot. thank you Opinion translated. Show original.

Lulu has been very kind, too bad we couldn't buy her some beers. The tour has been interesting and fun. Opinion translated. Show original.