Immerse yourself in the history of the Second World War on this day trip to the D-Day Beaches of Normandy from Paris. Visit key battle locations and learn about the conflict that changed the world forever. 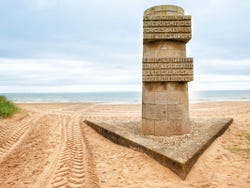 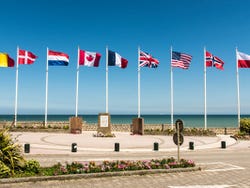 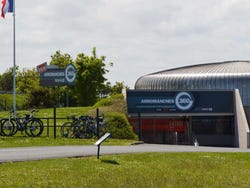 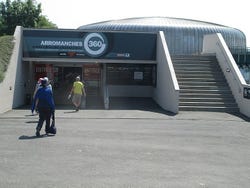 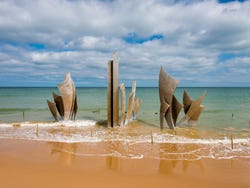 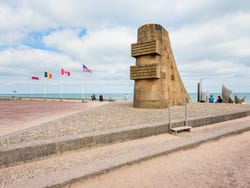 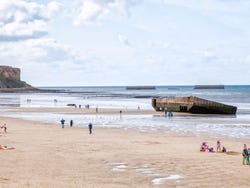 "A time and a place where the bravery and the selflessness of a few was able to change the course of an entire century". With this speech, made during the 65th anniversary of the Normandy landings, former US President Barack Obama put into words what the events of the 6th June 1944 meant for contemporary world history.

At 7 am, we'll depart from 22 rue Jean Rey in Paris, and travel by road to the very shores where this military operation, one of the most important during World War II, took place.

The first stop will be at Omaha Beach, where you'll have some free time. We'll then go to Saint-Laurent-sur-Mer to visit the American cemetery and memorial, where more than 9000 soldiers of the US armed forces died during the Second World War.

The next stop will be Arromanches, a place known for the artificial harbour that was installed there. This quay allowed the unloading of 9000 to 22000 tons of material per day during the Battle of Caen. We'll get to know the city and then you'll have free time for lunch. In the afternoon, we'll visit Arromanches 360. Here, we'll see Les 100 jours de Normandie, a short film about the Second World War that won't disappoint you.

The tour will continue to Courselles-sur-Mer and its famous Juno beach, one of the key sites of the Normandy Landings. After this, you'll have some free time to take pictures.

From these Normandy shores, we'll return to the meeting point in Paris arriving at 9 pm.

A safe distance of one metre between clients will be maintained whenever possible.

The use of masks is obligatory. The client must bring their own mask.

Alcohol gel will be available before, during, and after the service.

All those running the service (guide, driver etc...) will wear a mask throughout its duration.

Disinfected radio units will be provided, and headphones will be single-use.

The transport used will be disinfected before and after each service and deep-cleaned every 24 hours.

Showing your voucher on your phone will be enough, and it is not necessary to print anything.

Alcoholic drinks are not available.

Entrance to the Arromanches 360.

US$ 224
Free cancellation up to 3 days before
Book

9.20 / 10 268 reviews
Immerse yourself in "The City of Lights" with a guided tour around the French Capital, discovering the Louvre, the Siene and Notre Dame. What's more, it's FREE!
Free!
Book
like Free

10 / 10 1 review
Discover the scandals and glamour of the Palais-Royal as well as one of the beautiful landmarks with this Paris Covered Passages and Royal Palace Free Tour.
Free!
Book
like Skip the line

8.90 / 10 1,136 reviews
Who goes to Paris without visiting the Louvre? Explore the galleries housing one of the most famous paintings in the world. What’s more – you’ll get to skip the lines!
US$ 24.20
Book