Magnificent French Renaissance Castles, D-Day landing beaches…Go back in time to discover part of the country’s history on this 3 day trip to Normandy and the Loire Valley from Paris. 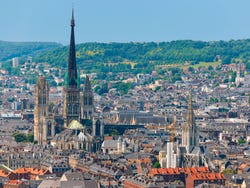 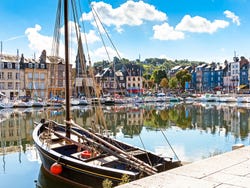 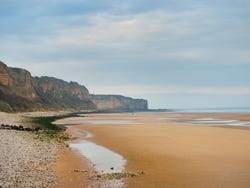 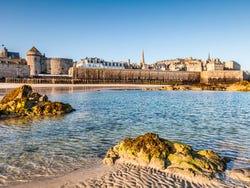 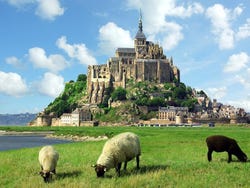 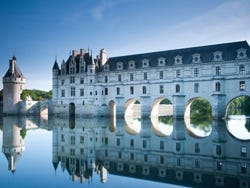 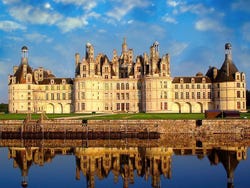 Depart from central Paris at 7:15am on a luxury air-conditioned coach and sit back during a 2-hour journey to Rouen. The first stop includes a guided visit through this fascinating medieval city and its famous landmarks, including the Gros Horloge, an astronomical clock, which is the subject of many mysterious legends. You’ll also visit the impressive Gothic-styled Cathedral, which has been painted by the French Impressionist painter Claude Monet several times. You’ll continue the itinerary towards the mouth of the Seine River and admire the Pont de Normandie suspension bridge, one of the longest in Europe. Upon arrival in Honfleur, you can enjoy some free time and have lunch in one of its typical restaurants and stroll through the Port where the boats are docked in front of pretty colored houses.

In the afternoon, you’ll head to the Beaches of Normandy. Here, you'll discover the history of France and you'll also probably recognize this part of the coast of France, as it has been the set for numerous films about World War II, including “Saving Private Ryan.” Visit the American cemetery in Colleville-sur-Mer and Arromanches beach, where the Allies built an artificial port to disembark in France. The last stop of the day is Caen, where you'll spend the night in a 3 star hotel and enjoy a exquisite dinner at your hotel.

After a good breakfast at the hotel, the coach will head south to Saint-Malo. Follow the guide on a tour of the city walls on the coast of the Atlantic Ocean and discover its landmarks, like the Cathedral or the National Fort, where several bloody battles between pirates took place. You’ll then have time to explore the city at your own leisure and have lunch before heading to Mont Saint Michel.

Mont Saint Michel is a small rocky island with winding cobbled streets. It houses the magnificent Benedictine Abbey at the very top. Follow the guide through the charming alleyways and discover some of the most famous legends about this Medieval pilgrimage site, many of which have inspired film directors and writers. After visiting Saint-Michel, board the coach and get off at Angers. The dinner on this night is not included.

After a buffet breakfast at your hotel in Angers and a panoramic view from the Château d'Angers, you’ll be driven to the Château de Langeais, where its numerous wax figures will demonstrate how daily life was in the several Loire Valley Castles. The next stop will be the stunning Château d’Amboise, where Leonardo da Vinci's burial ground is located. The Renaissance artist and scientist lived the last three years of his life in the court of Francis I of France, a monarch greatly interested in the Italian’s inventions.

You’ll have time to have lunch in the surroundings of the Castle before you continue your journey to the Château Chenonceau. The arches of this striking fortress cross the Cher River, and it is one of the most-visited Palaces in France. Next, enjoy a wine tasting near Chenonceau. From here, you'll hop back on the bus and arrive in the French capital at around 9pm.

The price indicated is per person staying in a double room. A supplement will be added for reservations of a single person, who must stay in a single room.

All of our providers comply with local legislation and applicable health recommendations regarding protection and safety, to help avoid the spread of Covid-19. Specifically, the provider of this tour will apply the following measures:

* A reservation for one person will include a supplement.

The activity takes place with a guide that speaks in english, although it may occasionally be done in two languages.

Accommodation for 2 nights in a three star hotel (includes dinner and breakfast).

Dinner on the first night in Caen.

Entry to the Loire Valley castles and other monuments included in this itinerary.

Dinner on the second day in Angers.

Bookings are permitted up until 8 days before the activity as long as there are still places. Book as soon as possible to guarantee availability.

US$ 764.30
No hidden fees or surcharges
Free cancellation up to 6 days before
Book

I travelled with teenagers
Show all the reviews
like

8.80 / 10 1,240 reviews
Drifting down the Seine River on a panoramic river boat during the day or at night-time is an unforgettable experience and offers unparalleled views of Paris.
US$ 18.20
Book
like

10 / 10 1 review
This guided tour of the Eiffel tower is one of the best ways to discover its secrets and enjoy some spectacular views of Paris. Get to know the symbol of the 'City of Light'.
US$ 43.70
Book
like Skip the line

8.90 / 10 13 reviews
A royal medieval palace turned into a prison during the French Revolution: discover the history of the Conciergerie with this skip-the-line ticket.
US$ 11.50
Book